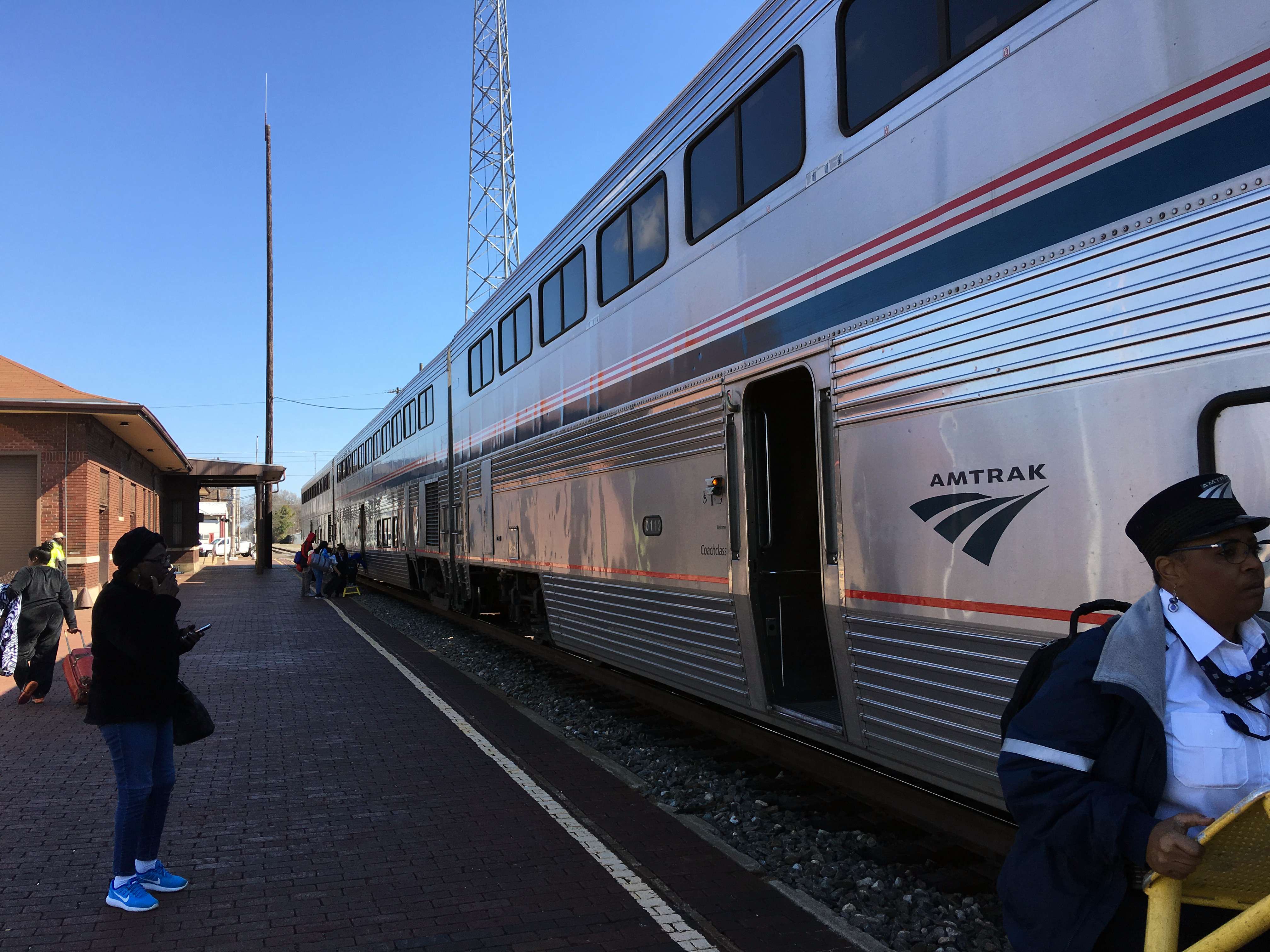 One thing I heard frequently when I told people what I was up to:

“Hey, I want to do that too. I’ve always dreamt about taking a long journey on Amtrak to see what’s out there.”

Yes, there is a little hobo in all of us. And yes, my trip was an indulgent excursion not only to discover places I had never been to or hardly know. As I’ve said many times, it was the people more than the places that made the trip so interesting and worthwhile.

The best place to start most Amtrak journeys of any length is Chicago. More trains leave from there than any other city. Going to New Orleans? The City Of New Orleans is your train. Heading to the Big Apple? It’s the Lake Shore Limited or a more southerly route, the Cardinal.

What about the west coast? You’re on the California Zephyr which I wanted to take. It runs through Denver and Salt. Lake. What about San Antonio? That’s the Texas Eagle.

Sounds like I learned a lot about Amtrak routes.

If you’ve got some time and want more than a point A to Point B trip, buy one of three Rail Pass packages. I got the middle one which allowed me 12 segments (on and off) in 30 days. All I had to do was call Amtrak and reserve a ticket which I picked up at the station. Could not have been easier.

The phone people were outstanding. I can not say enough good things about how I was treated when I called Amtrak. Everyone was patient with me and made helpful suggestions all along the way. No one ever rushed me and all were friendly. All of them were professionals.

What About The On-Train Personnel?

That’s a little different story. Most of the train staff were good. A few were friendly but most were doing a job.

What was intolerable was that most conductors would walk about the trains at 2 AM talking in a loud voice waking people up. That was an almost universal practice and I’m not sure why that is.

Speaking Of Sleeping, Did I?

It was hit or miss but as the trip wore on I learned how to sleep on a train. Most of the time I had two seats to myself (I was in coach aka the steerage section). I learned that there were only 2 or 3 positions that were comfortable enough to get good sleep. I actually had some REM sleep a few times and awoke re-booted a few mornings.

Here were my two most important traveling companions. My friend Curt told me to take these buddies with me and they were indispensable. That and a window seat was all that I needed.

If you’re thinking you’ll need a sleeper car that will set you back about $500 a night. The roomettes were cheaper but did not look very comfortable. Besides, I wanted to be with the people and those types of accommodations cut you off from the world.

Seems that too many people need to cough at nite. I think a coughing car for all those so afflicted is in order. You could also put all the snorers with them. Maybe use an old smoking car.

It was the observation cars by far. They offered expansive vistas of the passing scenery. I saw it all. From the Mississippi Delta to the Bayous of Louisiana to the Cascades of Oregon the country is essentially as flat as a pancake if you leave out the Rockies and the Appalachians.

And The Food? How Bad?

Pretty bad and pricey. Most of the trains offer the 3 dailies. You need to make a reservation to come over to the dining car. While I think it’s cool to have a meal while you’re riding through beautiful scenery it was a good thin my mind was on that and the people I was dining with rather than the food. I believe the menus were the same no matter the train. I figured $20 for a chicken dinner or $37 for a steak the food had to be pretty good. Wrong.

And you do eat with other people or, as they say, “community style dining.” That was fine for the most part. I met Kat and Alisha for breakfast in the Texas morning. Only once was anyone totally non-communicative as he barely acknowledged my existence with his headphones on. So I did the same.

What About The Trains?

All of them were great if not a little long in the tooth. All of them were double deckers except for any train that pulls into Penn Station. Wouldn’t want to see that happen.

On the double deckers you’ll find the bathrooms, storage and some coach accommodations. On the upper level are the living quarters including all the dining and observation cars. The cafe, which is usually opened (but not through the night) is downstairs.

Would I Do It Again?

To hear the the call of the towns and cities, “All Aboard” and the whistle blowing as we passed over countless railroad crossings for 8,000 miles is something I need to do again. While a trip like this was a lot of work and not what I’d call a vacation it was a fantasy lived out to the fullest.

This is the coolest web site.