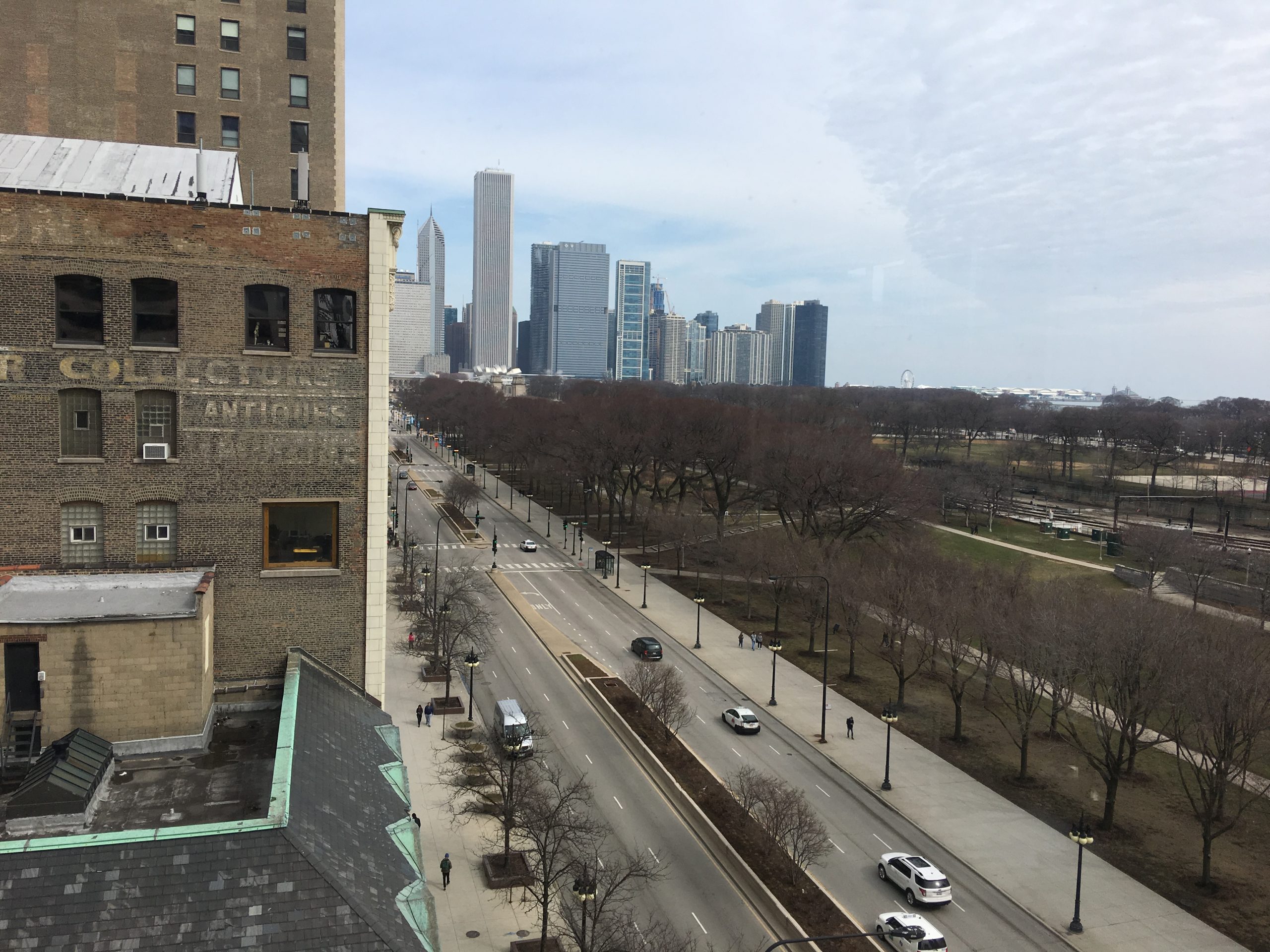 Here’s a story I could not have made up if I had tried.

Not more than 20 minutes after leaving Union Station Chicago at 4:45 PM CST on Monday, March 25 I find myself walking around near Michigan Ave (the prettiest street in America as far as I’m concerned) looking for my hotel. Mind you, I have this enormous back pack on me that looks ridiculous and way to heavy for a guy my age.

Several people offer directions but one man, Bill, is the one I’ll remember. He tells me to head in one direction. When he realizes I am going the wrong way he catches up with me and points me southward on Michigan Ave. We start walking together and he tells me he’d been every where in the world so he felt the need to help me. When I say that I’ve just arrived in Chicago after more than a two week train trek across America he says, “Why don’t we go to your hotel, unpack and let me take you to dinner.” Free food and what looked like an interesting guy? I could not say no.

Chicago, My Kind Of Town

He takes me to Kurah Mediterranean which is a nice looking place but doesn’t serve the best food as Bill later agrees.

He tells me he’s a South Sider and that he grew up in a family with 1 brother and 2 sisters that delivered produce. He goes to Taylor University and there is an interesting story on how that came to be. He makes his way into real estate and from there he becomes an investor which is how he describes himself now still working at Stifle. Bill is 81 going on 51. I thought he looked a bit like Bill Murray and was starting to wonder if all this was a joke. It wasn’t. His 94 year old brother was still working and going strong. Not sure about his two sisters.

Bill is an observant, if not Orthodox Jew. The first question he asks me was if I was Jewish. (Like you can’t tell?) He says he was going to spend Passover on Friday night with his daughter (which I confirmed by phone a few days after I got back). He has two sons in Long Island that he’ll visit in Mahy but we won’t have time to see each other.

Once dinner ends I say how grateful and honored I am to have dinner with him and that I’ll walk the five black so or back to my hotel. He insists that he drive me but first we’ll have to walk to his apartment on S. Prairie Ave near where Marshall Fields once lived.

Wherever we go it seems like everyone knows Bill. Once we got inside his apartment he takes me to his balcony facing Lake Michigan where he can see Illinois, Indiana and Michigan on most days.

Like I said, I couldn’t make this up if I tried. I thought I was in a movie.

This is the coolest web site.